How the Ryan Haight Act Affects the Practice of Telemedicine
By: Ted Lavender, Esq. and Sabrina Cobb, Esq.
FisherBroyles, LLP

Telemedicine is a broad term that encompasses countless medical specialties, including psychiatry, radiology, neurology, dermatology, cardiology, oncology, and others. Generally, telemedicine is defined as the remote treatment of patients by medical providers using various forms of telecommunication technology. Telemental healthcare provides a reasonable alternative to an office visit for patients who cannot readily access care.1 One of the key drivers behind telemental healthcare’s growth in the United States is a national shortage of psychiatrists, particularly in specialty areas like child and adolescent psychiatry and in underserviced and rural areas. Recent studies demonstrate that the average wait time for an adult patient to get a doctor’s appointment exceeds twenty days. For child/adolescent patients, the wait time often surpasses 50 days.2,3 Thus, telemental healthcare services delivered through interactive videoconferencing provides for improved access to care, and has become an increasingly employed treatment option.4

Telemental healthcare does not change the standard of care – it is the same standard used as when the patient is physically present in your office. However, there are additional considerations when practicing telemental healthcare that may differ from when the patient is physically in your office, some of which deal with the limitations on remote prescribing authority. This article specifically addresses the remote prescribing authority of controlled substances via telemedicine and its compliance challenges under federal and state law. 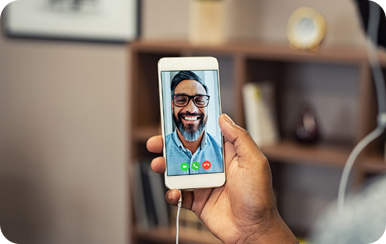 Evolution of the Ryan Haight Act and the Growth of Telemedicine

The U.S. Department of Health and Human Services (HHS) recently released a clinical case example illustrating how the in-person evaluation requirement can be complied with under existing DEA regulations.6 Under the HHS clinical case example: 1) an in-person, provider who does not have a DATA 2000 buprenorphine waiver, but does have an active DEA license, sees a patient and determines that the patient is a candidate for Medication Assisted Treatment (MAT); 2) the in-person provider contacts a remote psychiatrist practicing at a distant site, who has both an active DEA license and a buprenorphine waiver; and 3) the remote psychiatrist concurs and prescribes buprenorphine remotely.7 Under the HHS example described above, an in-person evaluation is conducted, but technically it is not done by the prescribing physician.

In response to the limitations of the telemedicine exceptions in the Ryan Haight Act, many states passed their own legislation addressing the prescribing of controlled substances by telemedicine providers. Below is a snapshot of telemedicine legislation from a handful of states to illustrate the various stances on this issue. This is not a complete list of states, but the analysis of the specific states below demonstrates the various forms these regulations have taken across the country. You are encouraged to check the rules and regulations in your state, as well as any state where you or your patients plan to participate in telemedicine.

These variations in state laws prompt the question whether federal law will “preempt” state laws that are inconsistent with the Ryan Haight Act. “Preemption” is the power of federal law to supersede inconsistent state laws. Currently, there is no mention of preemption in the Ryan Haight Act, however, that is not true of the Controlled Substances Act. The Controlled Substances Act indicates that if a conflict exists between federal and state law, federal law will preempt state law. However, there is additional language giving some authority to the States to pass their own legislation on this issue. This ambiguity in the law can make federal preemption, and the national consistency that goes with that, more difficult to achieve. While some may think federal preemption and a nationally consistent set of rules makes the most sense, that may not necessarily be the case. For example, strict rules requiring in-person physician relationships may be easy to accomplish in densely populated Manhattan, but substantially less so in the vast expanses and less populated areas of Montana. For this and many other reasons, the federal and state laws on this subject continue to evolve.

Telemedicine has gained acceptance in the medical and patient communities and likewise continues to gain traction in the realm of psychiatry. Its use in medicine is expected to grow. Telemedicine is currently governed by various state and federal laws, including the Ryan Haight Act, all of which are still evolving and will continue to do so. Telemedicine practitioners, especially those who may seek to prescribe controlled substances through telemedicine encounters with patients, should remain vigilant in their familiarity with the various laws governing the practice. These include federal laws, as well as the state laws of the state(s) where the practitioner is located and the state(s) where their patients are located.

6 U.S. Department of Health and Human Services, “Telemedicine and Prescribing Buprenorphine for the Treatment of Opioid Use Disorder,” (September 2018).