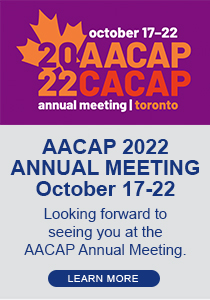 Vicarious Liability: Whose Liability is it Anyway?

Fundamentally, vicarious liability is the legal doctrine imposing legal responsibility on a person or company, who is otherwise blameless, for the actions of a third party. A law school professor may explain vicarious liability as follows: by reason of some relationship existing between A and B, the negligence of B is to be charged against A even though A has played no part in it, has done nothing whatsoever to aid or encourage it, or indeed has done all that he possibly can to prevent it.1 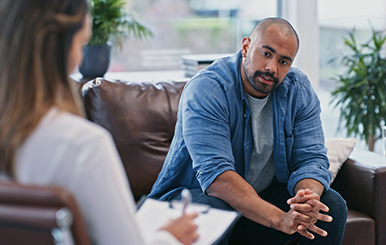 As an example, New Jersey uses the “control test” which generally requires consideration of four factors: (1) the degree of control exercised by the employer over the means of completing the work; (2) the source of the worker’s compensation; (3) the source of the worker’s equipment and resources; and (4) the employer’s termination rights. The inquiry is extremely fact-sensitive, and there are other factors that impact the calculus depending on the legislation at issue.

For instance, New Jersey’s appellate division recently determined that a school psychologist’s employment relationship with the board of education hinged on the interpretation of a statute addressing the board’s responsibility to indemnify individuals “holding any office, position or employment under the jurisdiction of any board of education.”2 The Welsh court found that the school psychologist held his position “under the jurisdiction” of the board of education because he submitted to the board’s rules, regulations, and training; and he participated in child study team meetings for the students with other staff. Therefore, the court held the board liable for the conduct of the psychologist.

In Pennsylvania, courts will consider the following factors to determine if an individual is an independent contractor: (1) control of manner the work is done; (2) responsibility for result only; (3) terms of agreement between the parties; (4) nature of the work/occupation; (5) skill required for performance; (6) whether one is engaged in a distinct occupation or business; (7) which party supplies the tools/equipment; (8) whether payment is by time or by the job; (9) whether work is part of the regular business of employer; and (10) the right to terminate employment.

For a principal to be responsible for the acts of an agent, that agent must be acting within the scope of their authority. The scope of authority can be express or implied. Express authority is fairly straightforward and generally arises out of directions from principal to agent: they are specifically told to do something on behalf of the principal. Implied authority can be less clear. It arises from the circumstances of a particular case and is inherently fact-sensitive.

In Pennsylvania, an employee’s conduct will be considered within the scope of employment if (1) it is of the kind and nature that the employee is employed to perform; (2) it occurs substantially within the authorized time and space limits; (3) it is actuated, at least in part, by a purpose to serve the employer; and (4) if force is intentionally used by the employee against another, the use of force is not unexpected by the employer.3

The concept of apparent agency is a form of implied authority and is also very fact-sensitive. In the context of the medical field, an individual practitioner is often found to be “cloaked with the apparent authority” of the practice or hospital through which the care is provided. The hospital or practice can be liable for the conduct of the apparent agent even though the practitioner is in fact not an employee.

A California court applied this very doctrine to hold a hospital liable for a psychiatrist’s negligent discharge of a patient who was a clear suicide risk.4 The court observed that the psychiatrist was directly employed by the patient’s family (as opposed to the hospital), was mentioned separately in the Hospital’s admission forms, billed separately for his services, maintained staff privileges at eight other hospitals, and had no office in the hospital. Nonetheless, the court held that there could be a reasonable inference that the hospital intentionally or unintentionally caused the patient’s family to justifiably rely on its implied representations that the psychiatrist was the hospital’s apparent agent because the hospital designated the psychiatrist as director of its adolescent psychiatric unit and because it obtained releases for him on its admission forms.

In New Jersey, apparent authority can be found when a patient reasonably believes under all of the circumstances created by the practice that the actor has authority to act on behalf of that practice. In Cordero, the Court specifically assessed whether an anesthesiologist was an apparent agent of the hospital.5 The Court determined that, from the point of view of the patient, the hospital created a misapprehension of agency and held the hospital liable. Important factors can include (1) whether the practice or hospital supplies the practitioner; (2) any notice to the patient of the doctor’s independence or disclaimers of responsibility; (3) the patient’s opportunity to reject the care or select a different practitioner; and (4) the patient’s prior knowledge or contacts with the practitioner.

Similarly, in Pennsylvania, courts consider two factors to determine whether apparent or ostensible agency has been established: “(1) whether the patient looks to the institution, rather than the individual physician for care and (2) whether the hospital ‘holds out’ the physician as its employee.”7

While in most cases, an agency relationship will need to be established before a party can be held vicariously liable, there are unique risks for physicians who supervise physician assistants (“PA”). For instance, in Pennsylvania, a supervising physician is required to accept “full professional and legal responsibility for the performance of the physician assistant.”8 Multiple states have laws requiring supervision of PAs and imposing liability on the supervising physician.9 At least one state’s highest court has found that these laws will serve to automatically create an agency relationship between the PA and the physician.10 As a result, physicians agreeing to serve in a supervisory capacity should be aware of the legal implications of that agreement.

Similarly, if a more senior provider is merely “signing off” on the evaluation and note of a student or more junior provider, there is a significant chance that courts will look to hold the supervisor liable for the evaluation in circumstances where negligence claims relate to that evaluation.

In the mental health field, the general doctrines regarding vicarious liability and scope of employment apply. However, over the years one of the biggest questions that has arisen is whether an employer/supervisor can be held liable when a practitioner uses a relationship with a patient to have a sexual relationship. When determining whether the employer/supervisor could be held vicariously liable for the act of the supervisee the question normally comes down to whether the supervisee was acting within the scope of employment. Courts are split on this issue.

In the cases where courts have found the employer/supervisor to be liable for the acts of the supervisee, the courts agree that the supervisee was acting within the scope of employment because the wrongful sexual relations arose out of the therapy relationship between the employed/supervised practitioner and the patient.11

In Simmons, a woman with a history of emotional abuse was seen by a therapist who engaged in inappropriate sexual behaviors with the patients. The patient filed suit against the therapist’s employer. The Court held the employer liable finding that the behavior was within the course of employment because the wrongful conduct arose out of the therapy relationship.12

In a similar case, a patient was being treated by a pastoral counselor with emotional and spiritual therapy. The counselor engaged in inappropriate conduct during therapy sessions which led to sexual encounters after the patient canceled her sessions with the counselor. The Court concluded that even though the sexual conduct had not occurred until after the therapy sessions were canceled, a reasonably jury could find that it was related to the therapy sessions and allowed the claims for vicarious liability against the employer.13

In a similar case, the client was treated by a county employee, a social worker/therapist, who engaged in sexual conduct with the patient. The court held that although the therapist’s misconduct took place during the therapy sessions, it was not the general kind of activity a therapist was hired to perform nor intended to further his employer’s interest. It served solely the private and personal interests of the therapist.15

Practitioners should be aware of the nature of their own employment and that of those who report to them, as well as the law of the jurisdiction in which they practice. With this knowledge one can use the rules and regulations of their respective jurisdiction to identify potential liability stemming from business operations.

Kevin and Michael are both associates in the Professional Liability department of Marks O’Neill where they represent medical and mental health professionals and in the defense of administrative actions and professional liability claims.