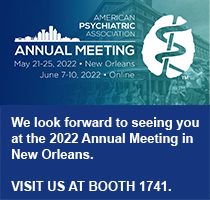 With an increased focus on opioid addiction, many states have turned their attention to addressing the problem of doctor shopping as one means of curbing prescription drug abuse and overdoses. Although the term doctor shopping is used to describe various patient behaviors, including seeing multiple physicians in search of more convenient office hours or a different diagnosis, this article concerns doctor shopping as the practice of seeing multiple treatment providers specifically to obtain prescriptions for controlled substances without the prescriber’s knowledge of the other prescriptions. The following is an overview of the doctor shopping phenomenon and a discussion of tactics for managing liability risk when a psychiatrist encounters a patient who may be engaging in this behavior. 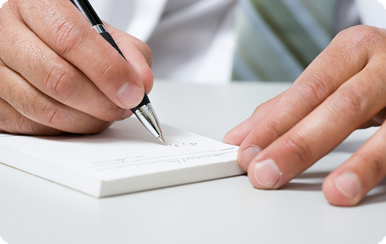 The supply chain for prescription drugs for those who are abusing controlled medications typically runs from the prescribing physician to the patient to the abuser (who may be the same person as the patient). Many people who abuse prescription drugs obtain medications by diversion through family or friends. A recently published study examined over 146 million prescriptions dispensed in 2008, and concluded that one out of every 143 patients in the United States who received a prescription for an opioid obtained prescriptions from multiple physicians.5 Moreover, while doctor shoppers comprised only 0.7% of patients with opioid prescriptions, they purchased almost 2% of all such prescriptions.6

While the Federal Comprehensive Addiction and Recovery Act of 2016 focuses primarily on drug abuse prevention, education, and treatment, states retain the primary responsibility of regulating prescription drug practice. All fifty states and the District of Columbia have adopted statutes that treat doctor shopping for the procurement of illicit prescription drugs as fraud.7 Most state prescribing laws are based in part upon the model language found in the Uniform Narcotic Drug Act of 1932 and the Uniform Controlled Substances Act of 1970.

These model laws protect physicians who prescribe for legitimate medical purposes. However, if a physician knows that a patient is illicitly procuring prescription drugs and aids in that procurement by prescribing, then liability may follow. If convicted for a violation of any provision of the model acts as enacted by states, a physician may have his or her license suspended or revoked. Additional penalties vary by state but may include a fine or a term of imprisonment. A physician who violates the model laws as passed by states, may also be subject to liability under federal narcotics laws.

Although it can be difficult to identify which patients may be engaging in the practice of doctor shopping, there are some common indicators. For example, patients often avoid detection by visiting facilities where medical professionals do not know them. Many patients who are engaging in this behavior will travel long distances to seek care or they may visit emergency rooms and urgent care clinics rather than seeing their primary care physician. Other tactics that patients employ are falsifying identification, being dishonest about the current dosage of their medications, and paying in cash.

Because patients who are doctor shopping may attempt to manipulate a psychiatrist by lying about their symptoms or conditions and because prescription drug abuse can be difficult to detect, it is important to conduct proper screening before prescribing, particularly with new patients. Prescribers should routinely screen all patients at least at intake and annually thereafter. Screening should consist of assessing for current and past substance abuse and drug-seeking behavior. Patients should complete an addiction behavior checklist along with other paperwork for their visit, including answering detailed questions about their current/past use of controlled medications including the amount and frequency and what other substances are being taken or prescribed by other treating physicians.

Physicians and other medical professionals should also learn to identify patients who might be abusing prescription drugs or other controlled substances through observation and physical assessment. Symptoms that may indicate that a patient is under the influence of a controlled substance vary depending on the type of controlled substance a patient is abusing, but side effects commonly include slurred speech, pupil dilation, elevated hair follicles on the skin, and sweating. Because patients who abuse prescription medications may also use intravenous drugs, physicians and other medical professionals should check for needle marks on a patient’s arms, legs, and feet. A patient should also have a urine analysis conducted to detect the presence of any controlled substances in the body. Additionally, physicians’ offices should implement standard policies and procedures to verify patient identification, diagnostic imaging reports, and prior medical records.

Further, all fifty states have implemented Prescription Drug Monitoring Programs (PDMPs).8 PDMPs are electronic databases that collect data from pharmacists on controlled medications dispensed to state residents. Prescribers can register with these programs and log onto the database to see what controlled medications their patients have filled. In the majority of states, physicians are mandated by state law to check the PDMP before prescribing and may be required to recheck the database periodically thereafter. In all other states, prescribers may check the database on a voluntary basis. Many states allow prescribers to dedicate another medical professional to conduct searches for them. A psychiatrist or another medical professional should check the database each time before prescribing a controlled medication. Currently, there is no national database for checking a patient’s procurement of prescription drugs, and patients who are doctor shopping will often cross state lines. However, utilizing state PDMPs may significantly reduce a psychiatrist’s risk of subscribing to a patient who is doctor shopping.

By employing the tactics presented in this article, psychiatrists can reduce the liability risk associated with patients who are doctor shopping. For additional information regarding the liability risks associated with doctor shopping or if you believe that your patient is engaging in this behavior, please consult with a risk management professional or local attorney.

Lindsey H. Hughes is an attorney at Keating Jones Hughes, P.C. who focuses her practice on defending hospitals and medical providers. She is licensed to practice law in Oregon, Washington, Idaho, the U.S. District Courts of Oregon, Idaho, Western District of Washington, the Ninth Circuit Court of Appeals and the U.S. Supreme Court.  In 2017 she was selected by Best Lawyers as the Lawyer of the Year in appellate practice in Portland. Lindsey is a Fellow of the American Academy of Appellate Lawyers. For many years she has been selected as an Oregon Super Lawyer in appellate practice and she is consistently named among Best Lawyers.

Lindsey chairs the Amicus Brief Committee for the Oregon Association of Defense Counsel and also serves on the Executive Board for the Litigation Section of the Oregon State Bar. She has also served by Oregon Supreme Court appointment on the Oregon Appellate Rules and the Oregon Trial Court Rules Committees. Lindsey has authored chapters for Oregon State Bar and other publications and she is a frequent speaker in continuing education programs about medical defense, appellate practice, civil procedure, and a variety of litigation topics.

Sheeba Suhaskumar is an attorney at Keating Jones Hughes, P.C. She is licensed to practice law in Oregon where her practice focuses on defending health care professionals, hospitals, and lawyers against a variety of civil claims. She is a graduate of Southern Methodist University, obtained a graduate degree from DePaul University and Lewis & Clark Law School. Sheeba has previously worked for non-profit entities in Chicago including an HIV/AIDS organization focused on prevention and improving access to care through state and federal legislative advocacy. She was a judicial extern for the Honorable Darleen Ortega at the Oregon Court of Appeals, clerked for the Honorable Kelly Skye at the Multnomah County Circuit Court and for the Honorable Roger DeHoog at the Oregon Court of Appeals.

1 McDonald, D.C. and Carlson, K.E., Estimating the prevalence of opioid diversion by “doctor shoppers” in the United States, 8 PLoS ONE 7 (2013).