Psychiatrists who treat multiple family members may limit exposure by adhering to the following principles: explicitly delineating roles and responsibilities; maintaining confidentiality, but defining its limits; and efficient recordkeeping. This article will set forth a broad, national overview of legal considerations when treating multiple family members, in conjunction with the American Psychiatric Association’s (APA) and the American Academy of Child and Adolescent Psychiatry’s (AACAP) Codes of Ethics. These Codes of Ethics are meant to be guidelines. Guidelines should not be considered as a statement of the standard of care or inclusive of all proper treatments or methods of care. Guidelines are not intended to substitute for the independent professional judgment of the treating provider. Should you have questions or concerns, it is advised that you contact your risk management or legal professional.

Explicitly Delineate the Roles and Responsibilities in Multiple Relationships 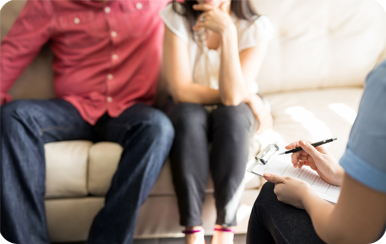 It is fundamental that, in order to hold a psychiatrist liable for malpractice, the plaintiff must prove the existence of a physician-patient relationship. When treating multiple family members, the question becomes: “Who is the patient?” This question is important because confidentiality applies to the patient, and the patient has the right to consent to treatment. A psychiatrist’s responsibility to the patient is paramount. However, when treating multiple family members, psychiatrists take on multiple roles, and their responsibilities may become blurred due to conflicting familial goals/issues. Therefore, it is important at the outset, for the psychiatrist to define his roles, inform all members of the nature of the relationship(s), and have each involved family member agree and consent to the manner in which treatment will be provided.1

To avoid potential confusion or misunderstanding, it is recommended that such explanations be in detailed writing, signed by the patient(s) and all participating family members. This includes, amongst other things:

Legal opinions from courts around the country give guidance of what may be expected as a practitioner. For example, in Kansas, courts held that a physician is obligated to make full and frank disclosures of all pertinent facts related to treatment. Natanson v. Kline, 350 P.2d 1093 (Kan. 1960). Likewise, the United States Court of Appeals for the District of Columbia determined that physicians must provide adequate disclosures and that a plaintiff may show causation if a “reasonable patient” would have declined treatment had such disclosure been made properly.   Canterbury v. Spence, 464 F.2d 772 (U.S. App. D.C. 1972). In California, a patient must be apprised of material information prior to treatment. California courts define “material information” as that which a physician knows or should know would be regarded as significant by a reasonable person in the patient’s position. Truman v. Thomas, 611 P.2d 902, 905 (Cal. 1980).

When treating a child at the request of a parent, explaining the roles, responsibilities, and parameters is particularly important. The patient is the child even though the parent initiated the treatment and is the child’s legal representative. Either the parent or the child may have the right consent, depending on the child’s age and your individual state’s laws. Principles IV and V of the AACAP Code, however, require psychiatrists to obtain the consent of the minor and the consent of the legal guardian whenever reasonably possible. Some states may also require consent from both parents in order to treat a child. In some states, the parent may be permitted unfettered access to the child’s psychiatric records; however, there are state exceptions and potential HIPAA violations. Principle V of the AACAP Code requires psychiatrists to explain to patients and their families about how their personal and health information might be transmitted. Both the APA and the AACAP Codes require psychiatrists to be apprised of the specific laws applicable to their jurisdiction.

In addition, the AACAP Code delineates negligence, third-party liability, fraud and confidentiality and privacy breaches as some of the key potential hazards. Having an explicit delineation of all parameters limits exposure to these potential hazards.

Confidentiality And Conflicts That May Arise

Even if a psychiatrist avoids disclosure of information heard from one patient to another, a patient may have doubts about the confidentiality of his treatment, which may interfere with the doctor-patient relationship and lead to a board of medicine complaint or a lawsuit involving a claim of negligence. Also, claims for breach of confidentiality may be asserted, even if not justified, when a psychiatrist reports child abuse or makes another mandated report by state law. The aggrieved person may allege that the report was not authorized, was made in bad faith, or some other improper breach. There are safeguards and immunities depending upon state law, but another protection could be afforded by your written agreement explaining the limits of confidentiality for all family-member participants.

Issues may frequently arise when treating and writing prescriptions for multiple family members. When potential conflicts arise, the responsibility to the patient, and his or her confidentiality is paramount.5 Section 8 of the APA Code states the same. In Hawaii, courts held that a psychiatric patient’s right to confidentiality is constitutionally protected. Therefore, Hawaii courts precluded government officials from inspecting psychiatrists’ patient records in order to determine compliance with Medicaid. Haw. Psychiatric Soc., Dist. Branch of Am. Psychiatric Ass’n v. Ariyoshi, 481 F. Supp. 1028 (D. Haw. 1979). Massachusetts courts found patient files containing personal and confidential information to be protected under psychiatrist-patient privilege; therefore, this state determined that patient records were not required to be disclosed to a grand jury during a Medicaid fraud investigation. Commonwealth v. Kobrin, 479 N.E.2d 674 (Mass. 1985). In New York, after a mother murdered her child and the father brought a malpractice lawsuit against the mother’s psychiatrist, the New York appellate division found that the psychiatrist did not owe a duty to the deceased child because a psychiatrist’s responsibility is only to the patient. Pingtella v. Jones, 305 A.D.2d 38 (N.Y. App. Div. 2003).

According to the AACAP Code, a conflict of interest occurs when there is a risk that patient care or patient welfare will be compromised by a secondary interest. In treating children, the psychiatrist must prioritize the welfare, functioning, and optimal development of the child over familial pressures.6 In other words, the child’s interests take precedence, even when faced with competing familial interests.7 Section 4.7 of the APA Code mandates that careful judgment must be exercised by the psychiatrist in order to include, when appropriate, the parents or guardian in the treatment of a minor; however, at the same time, the psychiatrist must assure the minor proper confidentiality.

The psychiatrist may not disclose confidential information to the parent, but still must be considerate of the parent’s concerns and provide updates on the child’s progress. The need to please the parent might run counter to what the psychiatrist recommends for the child. Regardless, the psychiatrist must continue to avoid and disclose conflicts. For example, if a psychiatrist receives payments for writing particular prescriptions for a child, the same should be disclosed and consented to by the parent. Further, a parent’s insurance may limit the number of visits or amount of medication, which could lead to a conflict between psychiatrist, parent, and child.

Record keeping becomes even more important when treating multiple family members. Separate records should be kept on each family member who is considered a patient. If a parent or family member may not meet the definition of a patient but participates in therapy collaterally, a separate record should be maintained noting the participant’s involvement at each session.

The psychiatrist’s records must provide clarity as to the nature of the relationship, the roles and responsibilities, and the treatment provided, both individually and to the family as a whole. This is particularly important if the nature of the multiple-family member relationship changes. The more confusing or vague the records are, the more difficult legal cases may be to defend. If records are not kept efficiently and are improperly commingled, it may be problematic should a legal issue develop.

Finally, psychiatrists should implement protections and limit legal exposure by delineating the roles and responsibilities in writing, maintaining confidentiality and defining the limits of confidentiality, and keeping efficient and separate records.

Robert J. Aldrich, III, Esq. is an Associate in the Health Care Department, Scranton, Pennsylvania office of Marshall Dennehey Warner Coleman and Goggin. Robert focuses his practice on medical malpractice, medical device and general liability defense. He also has experience with matters involving employment law, school civil rights and trucking defense. Robert completed judicial clerkships with the Supreme Court of Pennsylvania and the Monroe County Court of Common Pleas. He is an active member of the Pennsylvania Defense Institute, serving as a board member and director of Middle District-North. He was also a judicial intern for the United States Court of Appeals for the Sixth Circuit, the Michigan Court of Appeals and the Supreme Court of Pennsylvania. He received his law degree from Western Michigan University Thomas M. Cooley Law School and his Bachelor of Science degree from Pennsylvania State University.

Victoria C. Scanlon, Esq. is the supervising attorney for the Health Care Liability Practice Group in the Scranton, Pennsylvania office of Marshall Dennehey Warner Coleman and Goggin. She has over 20 years of experience representing physicians, midwives, nurse practitioners, nurses, physical therapists, hospitals, ambulatory surgery centers, skilled nursing facilities, personal care homes, home health care providers and physician practice groups in Pennsylvania and Massachusetts. Victoria also provides risk management services for psychiatrists, behavioral health providers and other healthcare practitioners. Prior to joining Marshall Dennehey in 2008, Victoria was a partner in the Boston office of a large litigation firm, where she represented health care professionals and entities in malpractice suits and manufacturers in products liability matters. She is a graduate of Suffolk University Law School and she obtained her undergraduate degree in communications and political science from the University of Rhode Island.