Non-compete agreements (non-competes), also referred to as a “restricted covenants,” are employment contract provisions restricting one party from competing professionally with another party, usually within a specified geographical area and/or time period following the conclusion of the physician’s employment or the sale of the physician’s medical practice. The American Medical Association (AMA) opposes non-competes, finding that they, “restrict competition, disrupt continuity of care, and potentially deprive the public of medical services.”1

By way of background, there are three common types of restrictive covenants. They are: 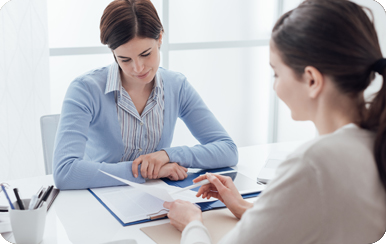 From the employer’s perspective, the goal of a non-compete is to prevent the physician from leaving employment and taking patients and staff with them to a competing practice. Often physicians do not realize the extent to which these contractual provisions restrict their bargaining power and future employment opportunities until they consider leaving their current employer to practice elsewhere. It is critical that physicians understand what a non-compete is, and the potential effect on future employment prior to signing a contract containing a non-compete clause. As with any contractual provision, it is advisable to have an attorney review all contract language prior to entering into an employment agreement.

State law generally governs non-competes and those laws vary, particularly with regard to whether and when non-compete clauses are enforceable. For example, several states prohibit non-compete agreements in employment agreements outright. In other states, courts evaluate non-competes on a case-by-case basis and modify the terms of the non-compete if determined to be overbroad (i.e., too large of a geographical area or unreasonable length of time), and other states have laws that specifically relate to physician non-competes. For example, Connecticut law, rather than prohibiting physician non-competes outright, limits the permissible duration to one year and the geographical scope (up to 15 miles from the “primary site where such physician practices”). Further, Connecticut law makes physician non-competes unenforceable if the physician’s employment or contractual relationship is terminated without cause.2 Compare that with New Mexico, which recently expanded its outright non-compete prohibition against medical professionals to include certified nurse practitioners and mid-wives.3 Moreover, numerous states have recently proposed legislation designed to limit the use of non-compete clauses within their state. Thus, it is important to contact your local attorney to determine how non-compete clauses are treated in your state, prior to entering into any contractual agreement.

Typically, litigation regarding non-competes involves attempts by medical practices to enforce them against departing physicians, usually by filing temporary injunctions requesting that the court prohibit the physician’s new employment. To prevail on a request for injunctive relief, the employer needs to show:4

Physician non-competes, unlike those found in a typical business setting, can impact the public interest, particularly if the physician is a specialist, like a psychiatrist, and the geographic area outlined in the non-compete is an underserved area with a shortage of psychiatrists. In these instances, courts would be less likely to enforce the non-compete as drafted.

Keep in mind that when determining whether to enforce a specific non-compete agreement, courts will consider the specific circumstances of each situation and look at whether the agreement is:

When hiring or seeking employment and presented with a non-compete to sign, keep in mind the following.