An area of your practice that involves significant risk to you, the practitioner, is the noncompliance of patients. In the practice of psychiatry, noncompliance is most often seen with failure to comply with treatment guidelines regarding medication management. Often, patients who are non-compliant also have issues attending scheduled appointments. 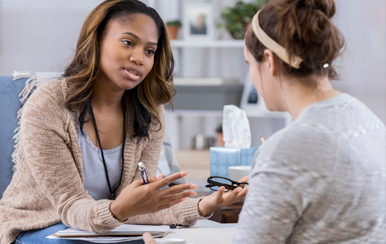 Many factors have been identified related to patient noncompliance with prescribed medications. These include, but are not limited to, weight gain, sexual issues, acne and feeling better once the medications are working and thus the patient thinking that the medication is no longer needed. There are socio-economic concerns including financial issues, not understanding the need and efficacy of the medications prescribed, language barriers and emotional limitations. Some patients do not want the perceived “stigma” of being on psychotropic medications.

In trying to come to grips with these issues, many articles have been written in professional journals. Non-compliance has been described in numerous ways, as have the goals of dealing with compliance issues addressed under terms, such as adherence, concordance, mutuality and attempting to create a better therapeutic alliance. We are going to consider a matter involving significant noncompliance that involved one of your colleagues, and definitive steps that could have been taken to help defend the clinician in the suit that followed.

Consider these facts adapted and condensed from a recent psychiatric malpractice case. A male patient in his early 20’s was being treated for over three years by a psychiatrist with medication management for schizoaffective disorder, depression with psychotic features and mild-to-moderate anxiety. His medication regimen included Zoloft, Lamictal and Seroquel. A psychologist was also providing psychotherapy for the patient. There were numerous hospitalizations for suicidal attempts and gestures.

At the end of July, more efforts were made to obtain compliance, but the patient refused to consider re-starting the medication. The psychiatrist documented that the prognosis was poor due to non-compliance and that the parent was to come in with the patient to discuss. More office visits were missed in August of that year. In early September, the patient attempted suicide by self-immolation, was burned on over 95 percent of his body, experienced extreme pain and suffering and died six months later.

What steps could the psychiatrist have taken in order to be protected from the litigation that inevitably followed? Â What steps should clinicians take to respond to noncompliant patients? Â The following are some specific steps that can be taken to minimize the risks of treating a non-compliant patient and to provide defense if litigation results.

1. Clinical Documentation
The major protection for any issue concerning noncompliance is excellent documentation of the matter. The documentation should be specific with the objective description of the noncompliance and the possible risks associated with noncompliance. Using the above scenario as an example, the clinician could have said that the patient is admittedly noncompliant with taking the prescribed Seroquel and he was warned that this could lead to a psychotic episode and make him more likely for self-harm.

When documenting noncompliance, using quotes for what the patient says is very helpful. “I couldn’t take any more of the Seroquel because it made me gain 100 pounds.” “I no longer have those feelings, so I do not see the need of taking the Seroquel.” If the matter is serious in your clinical opinion, you should consider sending a noncompliance letter to the patient, including the specific items that are the subject of the noncompliance, and listing the possible consequences of not following the plan.

3. Telephone and Electronic Communications with your Patient
Any and all such communications should be documented in your records. Any discussion with the patient regarding noncompliance should be clearly communicated in your permanent record. In defending a case, it is much easier for an attorney to defend a note in the medical record that records a telephone conversation with the patient than to defend a conversation that was not documented.

4. Patient Education
At each visit, the psychiatrist should be reinforcing the recommended treatment plan, the benefits of the treatment and the possible risks and complications of the treatment. When there is an issue of noncompliance, the psychiatrist must instruct the patient of the risks of that noncompliance. Going back to the example, the doctor should have discussed with the patient the importance of taking Seroquel to control psychotic episodes and the risks of stopping the medication. These discussions should be documented in the medical record.

5. Consider Alternative Treatments and Medications where Clinically Appropriate
In the above example, the patient complained that he had literally gained 100 pounds from taking Seroquel. If clinically appropriate, consider prescribing another medication that might be more weight neutral.

6. Involve Family Members
Where appropriate, and after receiving permission from the patient, involving family members to assist with compliance may be helpful.

7. Evaluate Other Factors that may be Pertinent
If the patient communicates nonadherence with medications due to financial issues, clearly discuss the concerns with the patient, and recommend steps that could be taken for any programs that might be available for medication payment assistance. Issues such as health literacy, cultural issues, emotional issues and language barriers may affect patient compliance and need to be addressed.

8. Hospitalize the Patient
In some instances, if there is clear noncompliance that has placed the patient at imminent risk of harm to self or others, the patient will need to be hospitalized, either voluntarily or involuntarily. Follow carefully the guidelines in your state on how to accomplish involuntary hospitalization if that becomes necessary, or the steps necessary to get the patient transported for evaluation.

9. Terminate Treatment
The last but sometimes necessary step is to terminate treatment with the noncompliant patient. Termination should be pursuant to the standards of practice in your state. Follow the recommendations of your lawyer or risk management professional. Termination should be clearly documented in the chart and in correspondence sent to the patient. In the above example, when the issue of noncompliance became so clear, the psychiatrist would have been well-served to terminate the treatment.

The above list is by no means an exhaustive list of steps to be taken for the noncompliant patient but are key elements that should be considered for your practice going forward. 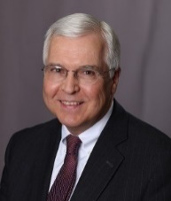 Brian E. Lee is a Partner in Bartlett LLP in White Plains and Garden City, New York. His primary focus of practice is the representation of psychiatrists and other mental health care professionals in medical malpractice actions, professional misconduct matters, government and insurance investigations and numerous risk management situations.