The Impact of Cognitive Bias on Psychiatric Diagnostic Related Claims

Cognitive bias is a factor that affects all aspects of the care provided. The following article addresses the types of cognitive bias that affects mental healthcare professionals, potential outcomes of those biases, and a method to recognize subconscious or unintentional bias and avoid the errors that may result from this type of decision making. 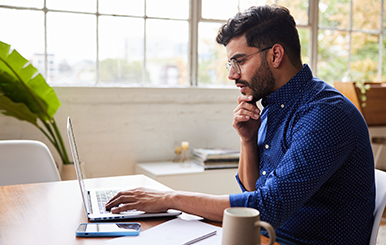 It is important for mental healthcare providers to understand the impact of unintentional or subconscious bias in the decision-making process. Bias can cause deleterious decisions in the formulation of a differential diagnosis and/or the treatment regime selected for a particular patient. Any healthcare professional possessing an implicit bias risks perpetuating disparities in the care provided, particularly in socially disadvantaged populations. The impact of cognitive bias and the role it plays in misdiagnosis, delay in diagnosis, and a failure to appropriately treat a patient seeking care frequently results in medical malpractice litigation. Therefore, the goal of the information presented in this article is to reduce the incidence of claims and avoid psychiatric medical malpractice litigation.

Cognitive bias, refers to a predictable tendency to favor one perspective over others based on preconceived experiences and beliefs. It is a shortcut subconsciously applied to aid usually in Type 1 decision-making. For example, healthcare providers often need to make decisions in high-pressure situations without the benefit of time and reflection. For this reason, cognitive bias is commonly present in the medical field, but it can lead to errors due to the failure to consider factors in the decision-making process such as clinical and social determinants of health. It is estimated that 20% of diagnostic errors are attributed to cognitive bias.2  Statistically, one third of all medical malpractice cases involving the death or permanent disability of a patient originates from an inaccurate or delayed diagnosis originating from cognitive bias.

In forensic mental healthcare, a study was performed by Zapf et al which evaluated the decision-making of mental health professionals and irrelevant information that affected their judgment. The study found that most mental health professionals had concerns over the influence of cognitive bias, but also held an incorrect view that willpower alone could reduce that bias.3  The study introduced the issue of training to reduce “blind spot bias.” 4 For example, in the criminal system, a mental health care provider’s blind spot may affect a person’s civil liberties as well as issues of community safety.

The ability of the healthcare provider to appropriately gather information from the patient can be affected by cognitive bias and result in errors. Four of the more prevalent types of bias encountered in the healthcare setting include the following:

Confirmation bias stems from an implicit bias that leads healthcare professionals to see what they want to see. Because this bias originates from the initial encounter between a mental healthcare professional and a patient, it can affect decisions regarding diagnosis and the treatment course from the beginning. This type of bias involves selectively gathering and interpreting evidence to conform to one’s beliefs rather than focus on contradictory evidence such as battery testing, clinical interviews, or medical histories. When a diagnosis is incorrect from the beginning, the treatment course or medications prescribed can be inappropriate, sometimes leading to an increase of psychiatric malpractice litigation.

Anchoring bias refers to a prematurely formulated decision based on a few important features of the initial presentation, but a failure to readjust takes place as new information becomes available. This can be combined with confirmation bias and results in misdiagnosis because of failure to consider a full differential diagnosis.

For example, parents of a child seeking assistance with their child’s grief after the loss of a beloved family member could lead one to believe that the child’s grief is solely from that loss. The whole child should be considered to determine other factors that may be causing the child’s grief such as physical or sexual abuse, fear of a classmate, or other factors perceived by the child as a threat.

Recognizing that anchoring bias may influence the type of evidence gathered, it is important for the physician to set aside the bias and, for this example, use play therapy during the clinical interview. With the confirmation of the existence of abuse or other fears from the beginning, a psychiatric malpractice lawsuit can be avoided because there was no delay in diagnosis.

Affect heuristic is an emotion-based bias that describes when a healthcare provider’s actions are influenced by reaction rather than rational deliberation. This type of cognitive bias is evoked when the healthcare provider has either a positive or negative impression of the patient based on prior experiences. This implicit bias is particularly prevalent in relation to prejudices regarding race, religion, ethnicity, age, personal characteristics, socioeconomic status, and all other social factors.

It is important for the psychiatrist and other mental health providers to recognize and reflect on their own implicit biases during their patient interviews which may influence a differential diagnosis, the care prescribed, or the medications considered. Studies have demonstrated that implicit bias is widespread among healthcare professionals in the United States toward people of color, particularly Black Americans.5,6 It is important for the healthcare provider to recognize their own cognitive bias in this regard, but also understand that juries may have a perception of inherent racial bias based on their previous experiences. To prevail in a psychiatric malpractice action, the psychiatrist’s decisions made regarding diagnosis and treatment course must be justifiable and based on the evidence available without influence from bias.

Outcome bias refers to the perception that the clinical results achieved are always attributable to the prior decisions made, good or bad. For example, the prescription of an antidepressant could result in resolution of the depression, but it could also result in the masking of other medical or psychiatric conditions. Not all appropriate decisions result in good outcomes. Not all bad decisions result in bad outcomes. It is important for the healthcare practitioner to “see the big picture” to evaluate performance, decisions, and the rationale behind the decisions made. The key to defending a psychiatric malpractice case begins with having a rational, established, well-reasoned decision tree to explain why a treatment course was chosen.

Although cognitive bias occurs in every aspect of life, when it occurs in the delivery of healthcare, the consequences can be dire. Diagnostic errors influenced by cognitive bias are associated with a proportionately higher morbidity than is the case with other types of medical errors.7

For example, a U.S. study found that patients with myocardial infarctions who turned 80 years old within the previous two weeks were less likely to be candidates for bypass surgery than those who were two weeks shy of their 80th birthday. The study concluded that physicians may have a “left-digit bias,” where they focus on the first number (7_ as opposed to 8_) and mentally classified people in their eighties as much riskier than those in their seventies.8

The key to conquering the negative effects of cognitive bias begins with recognition. Cognitive shortcuts are necessary because they allow us to be efficient and make quick decisions in complex scenarios. Therefore, the goal is not to avoid Type 1 thinking, but to avoid the errors that result from cognitive bias. Being aware of the types of bias and how it affects the thought and decision-making process can assist healthcare providers to avoid falling into cognitive bias traps.

In order to minimize the risk of delayed diagnosis, misdiagnoses or treatment course errors that may likely lead to litigation, mental healthcare providers must acknowledge the reality of cognitive bias. Although mental shortcuts are imperative to the practice of psychiatry, they are also a leading cause of medical errors. Implementing Type 2 thinking, along with the inevitable Type 1 processing, can reduce errors, injuries, and psychiatric malpractice litigation.

Every member of the mental healthcare team has a role in ensuring that diagnoses are accurate and timely – and that includes welcoming patients and families into the diagnostic process. The Society to Improve Diagnosis in Medicine (SIDM) has a comprehensive resource center aimed at improving diagnostic awareness, research, education, practice improvement, and patient engagement. To learn more on how to decrease risk related to diagnostic errors related to cognitive bias please access the website links included in the footnotes and resources listed below.

Suzanne M. Utke, Esq., has an extensive and diverse legal and medical background, focusing her practice on medical malpractice defense of physicians, all specialties in mental health care, medical practice groups, physician extenders, nurses, as well as corporate defense of hospitals, physicians’ groups and community clinics. She has represented clients and litigated claims in all areas of adult and pediatric medicine. Her practice also focuses on claims involving medical device and products liability as well as investigational research studies and institutional review board liability. Ms. Utke has successfully represented clients in all phases of litigation through trial in counties in central and eastern Pennsylvania and throughout the state of New Jersey and has prevailed in defense verdicts appealed to the Pennsylvania Supreme Court. She has successfully tried over 70 cases to verdict. Ms. Utke also represents healthcare professionals for peer reviews, professional credentialing reviews and state board investigations. Prior to becoming an attorney, Ms. Utke was an ICU/ED nurse at a major Philadelphia teaching hospital, and also held a number of administrative and supervisory positions at several hospitals in Philadelphia.