No Good Deed Goes Unpunished: When the Psychiatrist Becomes the Target of Cyberstalking

Much has been written about the importance of empathy in effective patient care and trusting professional relationships.1 Empathy is an especially crucial tool for the psychiatrist, whose success in rendering psychotherapy hinges on attachment with his/her patient.2 However, that very same empathy, when unknowingly directed at patients with attachment disorders, can cause the psychiatrist to become the target of stalking and harassment.3 An online survey conducted by Penn State University Medical Center found that 38.7% of the physicians responding reported that they had been stalked, and 20.6% had at least one patient who had stalked them at least three times.4 Psychiatrists, whose chosen profession sees them caring for individuals who may be especially prone to stalking behaviors, are at particular risk of becoming stalking victims.5

At the outset, the psychiatrist should take pains to maintain professional boundaries and avoid undue familiarity with patients. The psychiatrist should politely refuse gifts and reject any attempts by patients to connect on social media. He/She should also avoid using personal email addresses and unblocked telephone numbers to contact patients when possible. To the extent necessary, text messages and other informal means of communication should be reserved exclusively for scheduling. Psychiatrists should also reduce public access to their home addresses and other personal information. 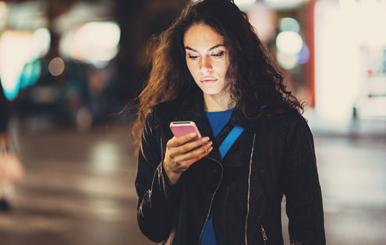 Notwithstanding these common-sense precautions, as online presence becomes ever-more central to our realities, cyberstalking has become a particular concern. As all too often happens, a disgruntled patient will air perceived injustices on Yelp and other online forums. As many a care provider has learned, online posts are protected against legal intrusion by the right to free speech, and there is little to be done about them but take solace in the knowledge that the audience to these posts is generally discerning enough to distinguish between legitimate reviews and unhinged rants.

However, there comes a point where online diatribe devolves into criminal behavior which is not protected by the First Amendment. It is incumbent upon the care provider to familiarize him/herself with where that line is drawn and what legal remedies are available in his/her jurisdiction, at least to the extent of recognizing when contacting law enforcement is warranted.

As detailed below, some cyberstalking crimes are prosecuted at the federal level, while other crimes are handled by local authorities.

While the United States Constitution generally limits federal criminal jurisdiction to crimes involving “interstate commerce,”6 since the internet is a means of interstate commerce, crimes committed online may in some cases be federally prosecuted.7 Thus, if the incident fits the rubric of a federal crime, the psychiatrist should seek the assistance of the local U.S. Attorney’s Office or the Department of Justice’s Office of Victims of Crime.8

If an actual threat is made, the communication may fall under 18 U.S.C. § 875(c), which makes it a federal crime to threaten to kidnap or injure an individual. Importantly, however, in order to convict under this statute, prosecutors must demonstrate an intent to threaten by the perpetrator; a showing that the victim felt threatened will not suffice.9

If it can more broadly be shown that the perpetrator intends to kill, injure, harass or intimidate and engages in multiple acts which place the victim in reasonable fear of death or serious bodily injury, or reasonably causes substantial emotional distress, the federal stalking statute – 18 U.S.C. § 2261A – may apply.10

Many instances of online harassment begin with unauthorized access to a victim’s computer or email and the theft of data. This can lead to a violation of the victim’s online presence or the sharing of private information or photographs. When a hacker obtains information from the victim’s computer by accessing it without authorization, the federal hacking statute, 18 U.S.C. § 1030(a)(2)(c) may be charged. Additionally, if the hacker uses the victim’s ID or password, the crime may be prosecuted as aggravated identity theft pursuant to 18 U.S.C. § 1028A(a)(1).

Any attempt to extort money by threatening to make personal images or information public, regardless of whether the information or images were obtained illegally could violate the Travel Extortion Act, 18 U.S.C. § 1952. Likewise, communications threatening to physically harm, kidnap or injure the reputation of another for the purpose of extorting money may implicate 18 U.S.C. § 875.

Finally, 47 U.S.C. § 223 makes it a misdemeanor to use a telephone or other telecommunications device (including telephone calls and texts but not internet posts) to abuse, threaten or harass an individual.

The mosaic of federal statutes which may be applicable to online harassment can be confusing even to attorneys. For the psychiatrist, it is most important to know that a variety of remedies exist on the federal level to address these serious crimes and to contact the appropriate authorities if he/she senses any danger.

State laws applicable to online harassment vary widely, with some states enacting specific statutes to address these crimes and other states relying on their pre-existing harassment laws. While the specific laws of each state are far beyond the scope of this article, we will address the laws in New York State as an example.

In New York, cyberstalking, cyberbullying and online harassment have been prosecuted under its harassment statutes. New York Penal Law (“N.Y.P.L.”) § 240.26 – harassment in the second degree – applies when the perpetrator commits acts which are intended to seriously annoy the victim, but do not place him/her in fear of actual harm. Prosecution under this statute is limited by the perpetrator’s right to free speech and often requires a showing of repeated behavior. Where a person intentionally and repeatedly engages in conduct which places a victim in reasonable fear of physical injury, a prosecutor may charge the more serious crime of harassment in the first degree – N.Y.P.L. § 240.25. In either case, certain factors, including prior convictions and specific threats of violence, can elevate the crimes to aggravated harassment in the first or second degree.11 One important aggravating factor which can elevate harassment to the felony crime of aggravated harassment in the first degree is when the crime is motivated by the perpetrator’s belief or perception regarding the victim’s race, color, national origin, ancestry, gender, gender identity or expression, religion, religious practice, age, disability or sexual orientation.12

New York also prosecutes online stalkers through its stalking laws – N.Y.P.L. §§ 120.45-120.60. The least serious of these crimes – stalking in the fourth degree – applies when a person engages in a course of conduct which is likely to cause reasonable fear of material harm to a person or that person’s family or acquaintance.13 The crimes increase in severity and punishment in the presence of certain aggravating factors, including prior convictions and threats of sexual offenses or kidnapping.14

Furthermore, New York has taken steps to address ongoing and developing concerns in the world of online harassment. In September of 2019, Penal Law § 245.15 became effective, making it a crime to publish naked or sexual pictures of an individual with the intent to cause harm to their emotional, financial or physical welfare or without the individual’s consent. New York City Administrative Code § 10-180 reinforces this criminal provision and also provides for a civil cause of action against anyone who commits the crime.

As noted, the legal provisions for handling online harassment vary from state to state. The Cyberbullying Research Center provides a helpful resource covering the laws of each particular state.15 The victim of online harassment may be able to obtain an order of protection and in some instances limit or stop the behavior. Where appropriate, victims should seek legal remedies by contacting their local Police Precinct or District Attorney’s Office.

Despite a desire to curb cyber-harassment, society continues to place great value on free speech and is hesitant to empower the government to hamper free expression even when that expression may be hurtful. Consequently, our legislatures have been tasked with striking a careful balance between freedom and security. As a review of the above laws demonstrates, law enforcement agencies are more likely to be helpful if online harassment involved threats of violence, repeated behavior or the nonconsensual publishing of explicit photographs.

Perhaps the greatest challenge to deterring online harassment is underreporting of the crime. In one study, only 57.4% of the respondents indicated that they engaged in some form of reporting or help-seeking behavior. Of those, 43.8% engaged in informal help-seeking – discussing the matter with a friend or family member, 24.3% sought help from a professional organization and only 14.5% reported their experience to law enforcement. The study suggests that underreporting is due in part to victims declining to acknowledge their experience as victimization.16

Psychiatrists may feel further hampered by doubts regarding the reporting of a patient-stalker due to confidentiality laws. However, it must be highlighted that, generally speaking, confidentiality attaches only to information acquired while attending the patient in a professional capacity and which is necessary to enable the care provider to act in that capacity.17

Online harassment is a real crime with real consequences, including depression, anxiety, panic attacks, shame, isolation, paranoia, post-traumatic stress disorder, self-harming behavior, heart palpitations and suicidal ideation.18 If at any time a psychiatrist fears for his/her safety or the safety of his/her family, he/she should not hesitate to contact law enforcement. He/She should further maintain a record of the stalking behavior in order to assist law enforcement agencies and justify termination of the patient.

In addition to seeking legal recourse where appropriate, victims can seek help from a number of organizations which can assist in navigating the legal course and even help with the technical challenges of deleting harassing online content. Some organizations to contact are the Cyber Civil Rights Initiative, Working to Halt Online Abuse (WHOA) and the Cyberbullying Research Center.

Cyber-harassment is an unwelcomed risk for psychiatrists, but not one which they should feel powerless to face. Psychiatrists are encouraged to recognize when over-familiarization crosses the line into criminality and seek the appropriate help when necessary. 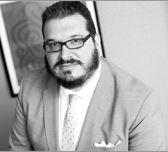