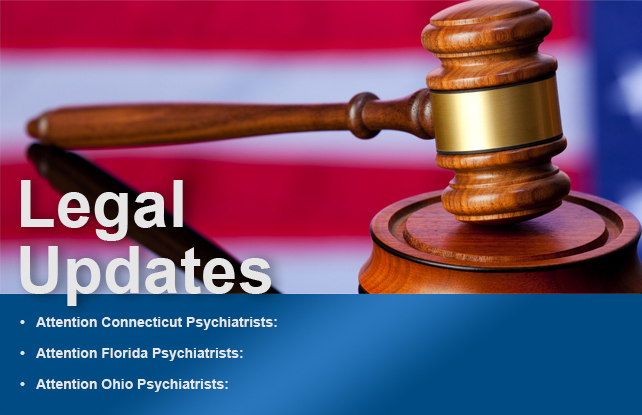 The Connecticut Supreme Court recently addressed a matter of first impression regarding whether a physician may owe a duty of care to a non-patient. Addressing medical testing for sexually transmitted diseases (STDs), the Court extended a doctor’s duty of care to an identified third party – namely, the patient’s exclusive romantic partner. Doe v. Cochran, 332 Conn. 325 (2019).

In this narrow issue, the Court held that the defendant owed a duty of care to the plaintiff despite her status as a non-patient, third party. The Court first determined that the specific harm in this particular case was foreseeable. Addressing any concern that the holding would lead to a “slippery slope” the Court emphasized that the defendant was well aware of the plaintiff’s existence. The defendant’s knowledge of this non-patient allowed the Court to distinguish the rule established in earlier precedents that physicians owe no duty to unknown third parties. The Court described its holding as “quite limited” and extending “only to identifiable third parties who are engaged in an exclusive romantic relationship with a patient at the time of testing, and, therefore, may foreseeably be exposed to any STD that a physician fails to diagnose or properly report.”

The Court noted that limiting its holding to only those patients who are readily identifiable to the physician is in line with rulings by other state courts in similar cases regarding misdiagnoses and STDs, as well as Connecticut cases allowing bystanders to sue for emotional distress.

Finally, the Court noted that the defendant’s duty to the plaintiff in these circumstances is consistent with public policy. Focusing on both the seriousness of sexually transmitted diseases and the reliance of the public on doctors, the Court found that extending the duty would both protect individuals and incentivize physicians to accurately communicate test results. The Court also noted the physician’s obligation to the non-patient does not intrude on patient confidentiality, because the physician has no duty to communicate the results to the non-patient.

Florida’s Board of Medicine has voted to abolish its telehealth guidelines in the wake of state passage of bill HB 23 that establishes new rules and regulations for connected health. The state’s new telehealth law creates a new definition for telehealth that includes asynchronous, or store-and-forward, platforms but does not include audio-only phone calls, e-mails or faxes. It also creates a regulatory framework to guide healthcare providers in using telehealth.

However, the new law creates a loophole through which out-of-state telehealth providers can treat Florida residents without paying any fees to the state. The original bill had called for a $150 fee charged to out-of-state providers to treat Florida residents, but state statutes mandate that fees be addressed in a separate bill. The fee was then included in HB 7067 – but that bill was vetoed by Governor DeSantis.

In November 2019, the Sixth Circuit Court of Appeals held that medical claims filed in Ohio District courts do not need to be supported by an affidavit of merit. Gallivan v. United States of America, Case No. 18-3874.

Under Ohio law, an affidavit of merit from a qualified healthcare professional was needed to support generally every lawsuit filed against a healthcare provider arising out of medical care and treatment. The purpose of this requirement was to avoid frivolous cases, thus reducing the potential that Ohio healthcare providers would need to expend time and money for defense against such cases. If a medical claim was filed in an Ohio State court without an affidavit, that claim was subject to dismissal. Because a failure to comply with this Rule could result in the dismissal of a complaint, many Ohio District courts held this Rule was substantive law rather than a mere procedural rule. As substantive law, the affidavit of merit requirement applied to state law claims asserted in Ohio Federal courts.

However, as a result of the Gallivan decision, this has changed. There is no longer a requirement that state law medical claims filed in Ohio Federal District courts be supported by an affidavit. This decision relied on cases where the Supreme Court determined that when state and federal procedural rules conflict with each other, the Federal Rules of Civil Procedure controls. In reaching its decision, the Gallivan Court found that Rule 8 of the Federal Rule of Civil Procedure controls the requirements for a valid complaint. Rule 8 does not contain a requirement for an affidavit substantiating a claim. The Gallivan Court also noted that Federal Rules 9 and 12 also address the requirements for what must be contained in a complaint and neither rule imposes any obligation that an affidavit attesting to the merits of the claim be provided.

While the Gallivan case involved a claim against the U.S. Government asserted under the FTCA, the language of the decision makes it clear that Ohio’s Affidavit of Merit requirement will not apply to any claim asserted in federal court.