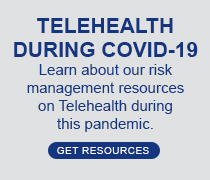 Attention Psychiatrists in All States

Renewal of Determination That A Public Health Emergency Exists

On January 7, 2021, the U.S. Department of Health & Human Services (HHS) announced that the Public Health Emergency (PHE) declaration for COVID‑19 will be renewed for another 90 days, beginning on January 21, 2021 (the date the PHE was previously scheduled to expire) and extending through April 21, 2021.

The renewal extends, among other emergency measures:

The U.S. Drug Enforcement Administration (DEA) and the HHS Substance Abuse and Mental Health Services Administration (SAMHSA) have issued guidance allowing various flexibilities for Opioid Treatment Programs (OTPs) and other prescribers of controlled substances during the PHE, including with respect to “take-home” doses and telehealth-based assessments and counseling.

CMS’s three IFCs – effective March 31, May 8 and September 2, 2020 – modify numerous Medicare and Medicaid rules regarding, for example, Medicare coverage of telehealth, supervision of medical residents, Medicare and Medicaid diagnostic testing, provider-based hospital departments, and the Medicare Shared Savings Program (MSSP).  The IFCs also introduce a number of new requirements regarding COVID-19 testing and reporting, particularly with respect to long-term care facilities.  Most of the IFCs’ regulatory changes are temporary and will expire at the end of the PHE.

Section 1135 of the Social Security Act authorizes HHS to modify certain federal healthcare requirements during an emergency to ensure sufficient access to services for Medicare and Medicaid beneficiaries, and to protect providers against penalties for good faith attempts to deliver services in emergency conditions. HHS and the Centers for Medicare & Medicaid Services (CMS) have issued dozens of nationwide “blanket” waivers and state-specific Medicaid waivers that, among other things, enhance providers’ ability to establish alternative sites of care or practice across state lines, expand Medicare telehealth coverage, and suspend many federal oversight and reporting requirements.

The Missouri Merchandising Practices Act (MMPA) S.B. 591 updated the consumer protection statute and their private right of action. Of importance to the Missouri psychiatrists, the bill would prohibit plaintiffs from using the MMPA as a vehicle to bring claims that should be filed under Missouri’s medical malpractice statute, i.e., claims based on improper health care.

In Clayton, the mother of a six-year-old child who suffers from bilateral hearing loss and cerebral palsy, among other disabilities, sued her son’s doctors and hospital for medical malpractice on her son’s behalf for negligently delivering him and causing his disabilities. The defendants requested a Rule 35 neuropsychological examination of the child to determine his current and future cognitive abilities. Mother agreed to the examination on the condition that she be present to observe the examination through one-way glass or have the examination video-recorded through a small recording device. The defendants objected to any form of observation or recording on the basis that any presence (physical or electronic) of a third party – e.g., the mother – would interfere with the examination. The trial court agreed with defendants and denied plaintiff’s request to have mother observe the examination or record it. Plaintiffs sought special action relief.

In the special action briefing, Mother did not argue that she should have been permitted to observe the examination behind one-way glass (and the Court of Appeals noted that it could not have found the trial court abused its discretion on this issue because it heard evidence supporting its ruling). However, she did argue that the trial court abused its discretion by completely prohibiting the recording of the examination. The Court of Appeals agreed.

The takeaway for psychiatrists is that when a neuropsychological examination is conducted at the request of the opposing party, Rule 35 “unambiguously creates a right for the examinee to have his or her examination recorded.”

The new law will direct the Board of Registered Nursing to establish a commission to oversee implementation and requirements. Nurse practitioners must notify patients that they are not physicians under the measure.

This material is provided as a resource for informational purposes only. It is not intended as, nor does it constitute, legal, technical or other professional advice or recommendations. While reasonable attempts have been made to ensure that this information is accurate and current as of its publication date, we make no claims, guarantees, representations or warranties, either express or implied, as to the accuracy, completeness or adequacy of any information contained herein. Consult your professional advisors or legal counsel for guidance on issues specific to you. Additionally, this material does not address all potential risks and may contain time-sensitive information. No responsibility is assumed to update this material and there is no guarantee or representation that this information will fulfill your specific needs or obligations. This material may not be reproduced or distributed without the express, written permission of Allied World Assurance Company Holdings, Ltd, a Fairfax company (“Allied World”). Actual coverage may vary and is subject to policy language as issued. Risk management services are provided by or arranged through AWAC Services Company, a member company of Allied World. © 2021 Allied World Assurance Company Holdings, Ltd. All rights reserved.